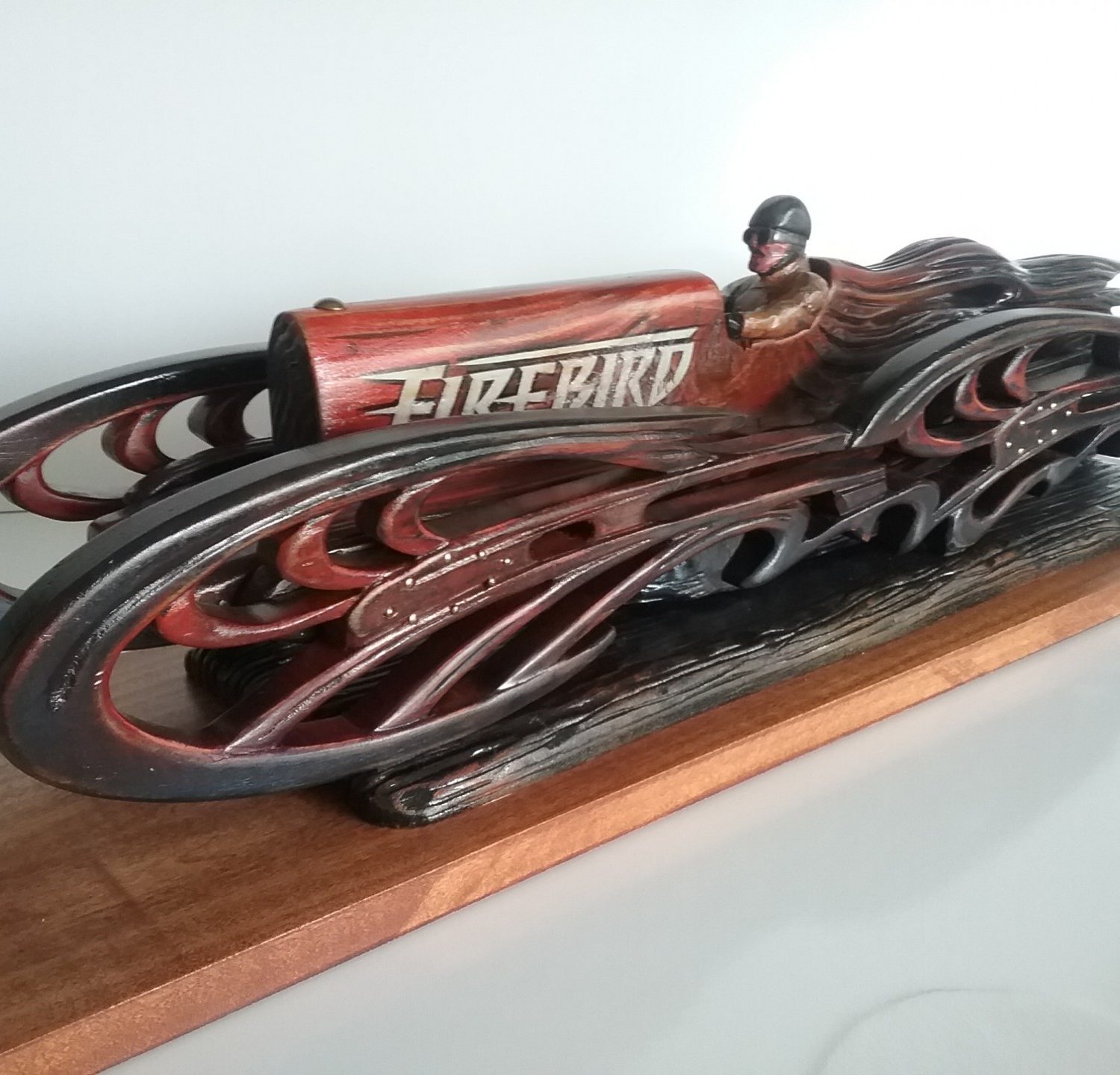 Tony Sikorski, after winning a scholarship at the Ivy Art Institute of Graphic Design in Pittsburgh, began his advertising career in 1963. In 1976, he started his own business and has since created graphic designs and illustrations for numerous well-known companies throughout the United States. In addition to his accomplishments in graphic arts, Tony has had a love affair with the automobile for as long as he can remember. The 1930’s, Formula 1, and old racing cars have found a special place his heart. Using corrugated cardboard as a medium, he began creating one of a kind sculptures in 1995 and has recently been using wood as a medium. Tony’s award-winning corrugated classics have been displayed at numerous invitational motor sports art exhibitions.

Along with that, his ability to capture power, speed, and motion of the automobile has resulted in sculptural commissions in both corporate and private sectors, and his work has also earned feature presentations in Car Collector, Robb Report, Mobilia. Automobile Magazine, AutoWeek, and Classic and Sportscar Magazine. Notably, Classic and Sportscar magazine esteems Tony Sikorski as one of the top 20 motoring artists of the past 20 years. The list of Tony’s awards in automobile design grew considerably in the previous decade. In 1995 and again in 2002), he placed first at the Midwest Concours d’ Elegance in Cincinnati Ohio. The Gilmore Classic Car Museum’s Concours in Gilmore, Michigan, honored him with the Award of Excellence for three consecutive years (1996- 998), Sikorski won the coveted John Burgess Award: Best Show at the Daimler Chrysler Meadow Brook Historic Races.

Remembering the achievements of the 90’s and moving into further creative endeavors in this new millennium, Tony continues to enjoy notoriety in automobile design. In May of 2000, he was invited to the Meadow Brook Concours d’Elegance Invitational Artist Exhibition in Rochester, Michigan. Honors came again in 2001 as Tony received the Struthers MacMinn Award: Best Show at Meadow Brook. In 2002, he won the Stanley Wanlass “Spirit of the Automobilist” Award at Meadow Brook. Continuing in that true “spirit of the automobilist” and still enjoying a love affair with the automobile, Tony is currently working on new and creative projects.