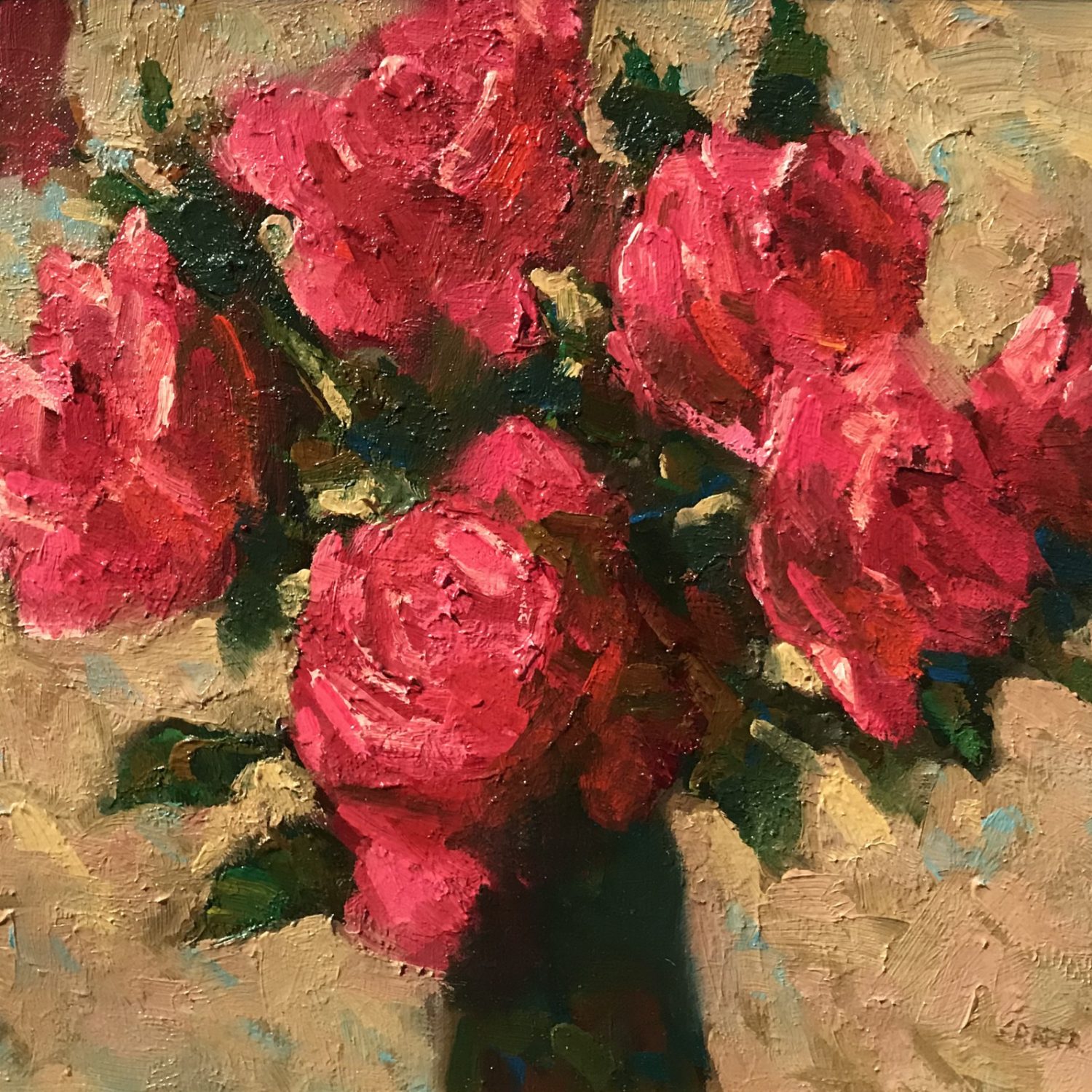 Ernie Baber was born in Denver Colorado. After completing his undergraduate work at Western State College in Gunnison, Colorado he served two years in the military and then continued his art studies at Colorado Institute of Art.

Realizing a passion for fine art, he sought out the finest school and instruction and consequently moved to New York City where he joined the Art Students League of New York. Ernie studied under several highly regarded artists. fine-tuning his talents. Amongst them Robert Beverly Hale, the great anatomist from whom he learned figure drawing and the renowned painter David Leffel from whom he mastered the understanding of light and shadow and developed his painterly technique.

In 1973 Ernie moved to Europe to be closer to the paintings of the European Masters that he so admired. For several years he lived in London, Paris and travelled throughout Spain, finally living in India for seven years studying fine art and Indian music at Rabindra Bharati University in Calcutta.

The rich cultural experience of Europe is evident in the paintings of Ernie Baber. Artifacts collected during this period appear in the magnificent still-life paintings that he paints. From working from actual displays set up in his studio and utilizing natural light there is a dramatic quality apparent in his work. Well composed and jewel-like in appearance, Ernie’s paintings have a magnetic appeal.

In addition, many paintings are framed in a specially designed frame created by the artist’s own hand in a 15th century technique known as sgraffito.

Highly prized for their rich quality, many collectors create displays of several of his paintings, as they hang so well together. Ernie Baber’s work is in the collections throughout America as well as Japan, Saudi Arabia and Europe and has won awards in National Oil Painters of America shows and the Annual Greenhouse Salon International show.