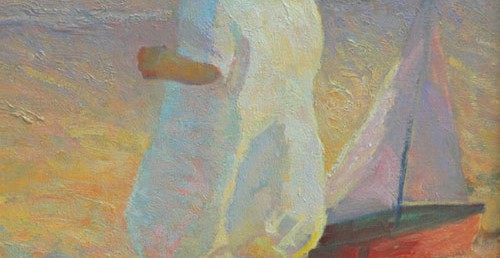 “W (Bill) Downey Dyer is a painter who captures his own time while following the traditions and techniques of the past. Influenced by American masters, Winslow Homer, Edward Potthast, and Frank Benson, Bill’s goal is to paint moments in which the glory of God’s creation is revealed.

W Downey Dyer’s journey to painting has been a circuitous one. His first career was that of a yacht builder where he excelled as a master craftsman. Next, he owned a custom picture framing business where he spent twenty years training his eye in color and compositions before ever picking up a brush. When he could no longer ignore the call of the artist within, Bill sought the help of an old friend for further training.  This friend was Don Hatfield, one of the foremost impressionists of our time. Hatfield began mentoring Bill imparting a unique knowledge that has been handed down from the masters of the past. According to Bill, “Don has been a tremendous influence on me.  I don’t believe there is today a more knowledgeable and insightful teacher of oil painting.”

During six years of private study as Hatfield’s protégé, Bill’s own talent flourished. Bill’s intense training and study has allowed him to realize his own vision, one in which the beauty of God’s creation in our own time is revealed.”- W Downey Dyer 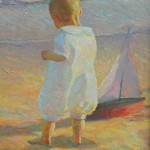 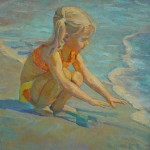 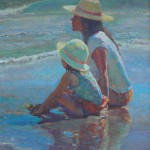