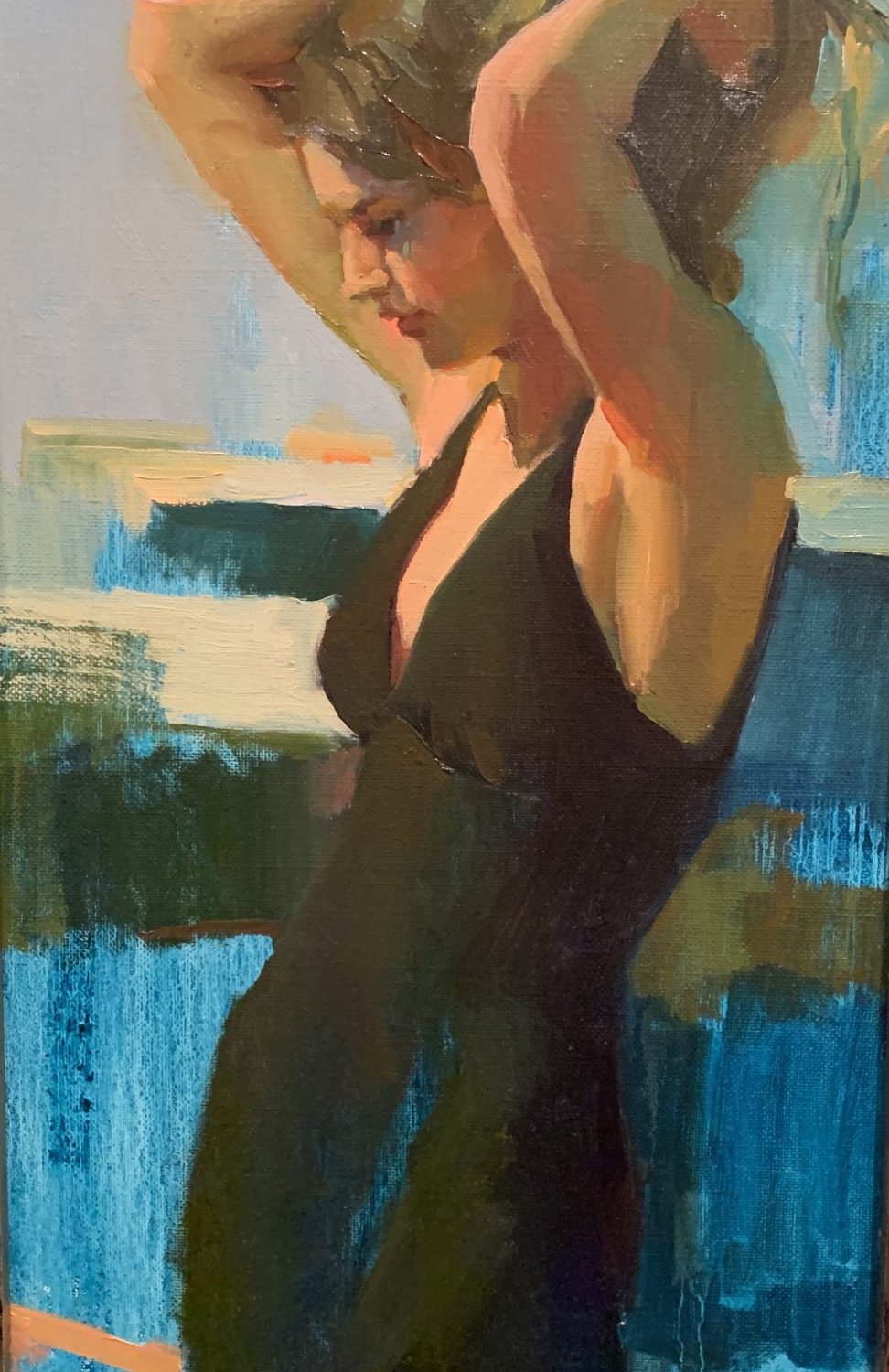 Nancy Seamons Crookston is a California-based artist awarded the title of Master Oil Painter of America.  She loves capturing the human figure in moments of stillness and reflection, as well as painting plein air, whether it’s the Rocky Mountains of her birth town in Utah, or a city scape of San Francisco.  Her paintings are often described as peaceful and calming.

Nancy teaches workshops across the nation, helping painters learn the principles of Russian Color, which she learned from the late Russian Master, Sergei Bongart.

Her love of people and life is the essence of her work. She paints a variety subjects: a boy with a sailboat, a mother looking at her child, an old man sitting on a park bench, a young girl walking her horse, each portrayed using her masterful color and lighting techniques. Schooled by Russian master Sergei Bongart, she learned the importance of color harmony.

Nancy Seamons Crookston wants her art to “excite the soul and leave a sense of peace.” Few artists are able to capture those feelings of happiness and peacefulness as well as she does. Her work shines through the frustrations of ordinary life.

The artist is attracted to the human figure in moments of stillness and reflection. She loves to capture glimpses of tenderness between mother and child and the innocence of children engaged in quiet play. She also has long been drawn to the Old World feel of the European countryside. To suggest this quality of a simpler time, Crookston some- times dresses models—often her daughters and grandchildren—in the colorful scarves and long dresses of country peasants. On other occa- sions, wonderful painting ideas walk right up to her, like the time her young granddaughter came into the artist’s room in a nightgown, sat on the bed, and started reading a book.

Nancy has galleries throughout the United States, and has been in exhibitions in the U.S., Japan and China.