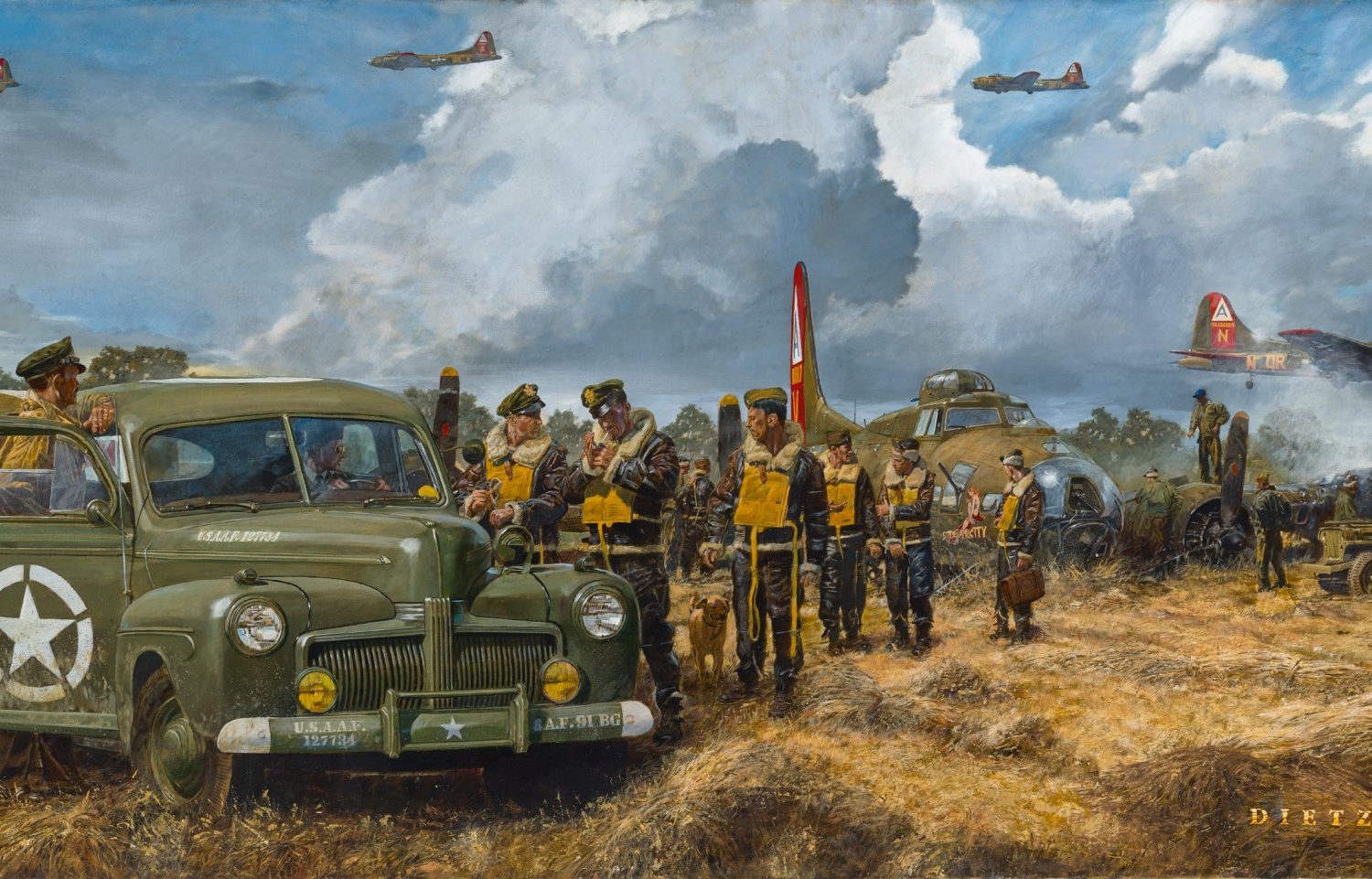 A historical painting stands or falls on how well it depicts the story it is attempting to illustrate, and how convincingly it combines the people, their actions, costumes, surroundings and atmosphere in an appropriate composition. A good historical painting uses all of these elements to tell the major story and perhaps a second subtext. Both are driven by how interesting the situation is that the artist is attempting to render. How the viewer reacts to a great painting transcends its immediate story and strikes a deeper chord, one that hopefully evolves and changes as the viewer contemplates the art over time.

It is this last and most worthy goal that artists like James Dietz aspire to. In his portrait of events in the 20th and 21st Centuries, he labors to achieve that rare combination of historical fact and the romance, adventure and color of fiction.

Born in San Francisco, Jim graduated from Art Center College of Design in 1969. He had a successful illustration career in Los Angeles and New York, with a steady flow of work ranging from automobile ads, movie posters, and romantic and historical/action book covers.

Jim has been a member of the World War I Aviation Historical Hall of Fame, an Artist Fellow of the American Society of Aviation Artists and a board member of the Automotive Fine Artists of America. He had one-man shows at the Experimental Aircraft Association (EAA) Museum in Oshkosh, Wisconsin in 1990, 1998 and 2003; San Diego Air & Space Museum in 1990; and the US Air Force Museum at Wright Patterson Air Force Base in 2003. In 2001, Barnes & Noble Publishing released a book on Jim’s World War II art, entitled Portraits of Combat. In 2005, Jim fulfilled a childhood dream when he got the opportunity for a cameo role in Peter Jackson’s (Lord of the Rings) remake of King Kong. Jim plays the role of a pilot of the Curtis Helldiver aircraft which fires at Kong while he is perched high above New York on the Empire State Building.

Jim and his wife, Patti, live in Seattle with their dog, Sarah, who shares the distinction with previous Dietz pets, of being a regular in Jim’s paintings. Their son, Ian, is currently an officer serving in the U.S. Army. Jim works in a warm, pleasantly cluttered studio that resembles a WWI aviation bar, surrounded by uniforms, props and models that have made their way into paintings over the years. 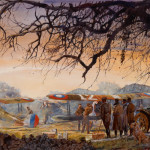 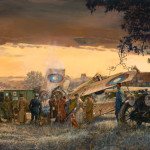 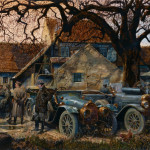