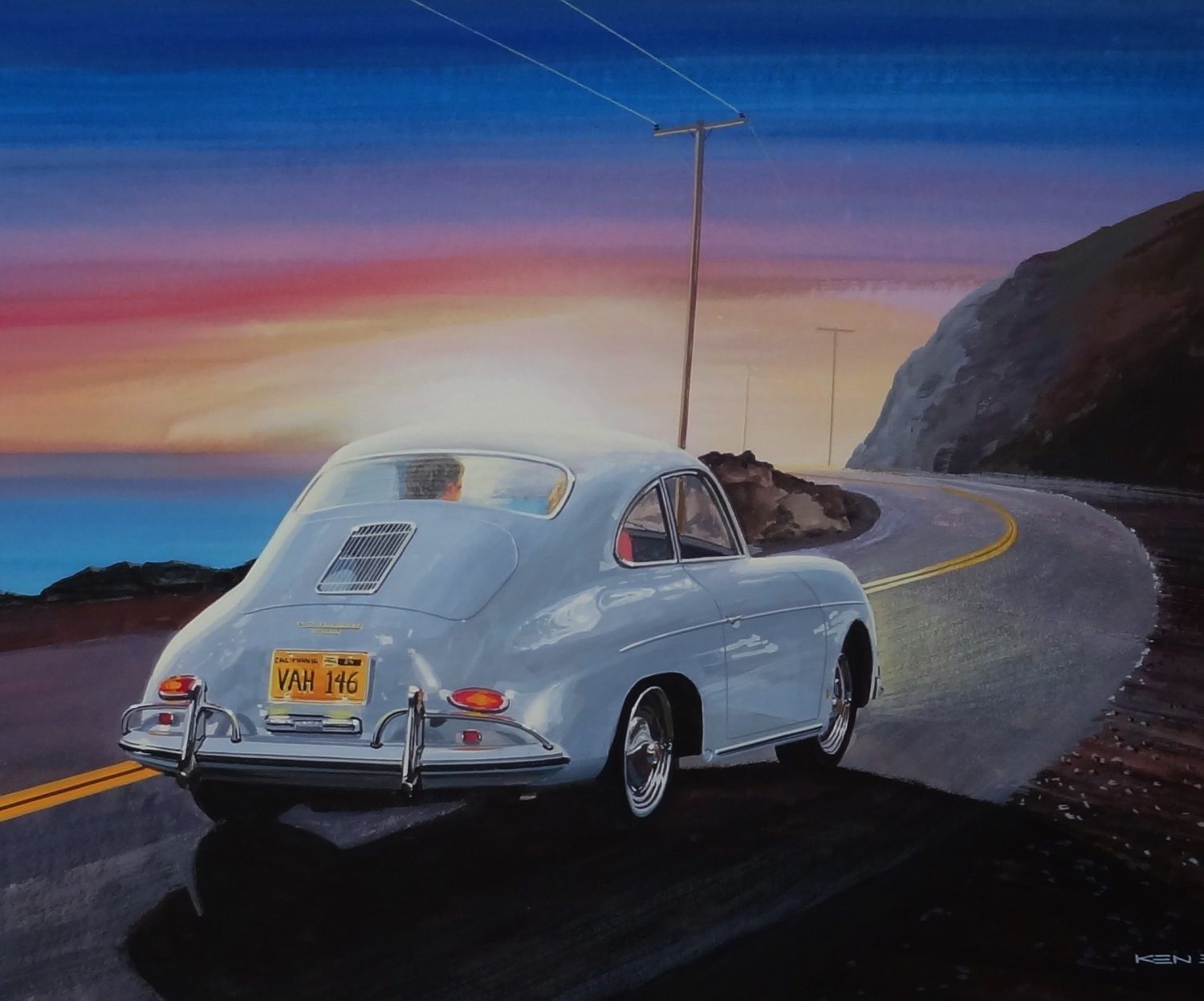 One of today’s foremost automotive fine artists, Ken Eberts’ artwork has been featured at the world’s most prestigious automotive events.  His paintings have been reproduced as magazine and book covers, Christmas cards, prints, and used as posters for automotive events since 1968.

A graduate of New York’s High School of Music and Art and Los Angeles’ Art Center College of Design, he began is career as an automotive designer for the For Motor Company.

Ken Eberts has achieved wide recognition for his work.  It has been exhibited throughout the United States, earning numerous awards.  Among others he has received awards from the City of Los Angeles, American Artist Magazine, the City of Beverly Hills, and the Auburn Cord Duesenberg Museum.

1990 and 1992 he received the prestigious Peter Helck Award:  “Best of Show” at the AFAS Exhibition at the Pebble Beach Concours d’Elegance, and was also awarded the Richard Teague Award presented to an artist whose body of work best exemplifies the spirit of the automobile at the 1994, 1995 and 2000 Meadow Brook Concours d’Elegance in Rochester.  He has been an exhibitor in the National Watercolor Society and his paintings have also been part of thier National Touring Exhibition.  Has has also been honored with more than 25 one man shows of his paintings at galleries across the United States.

In 2003 he was named Ford Motor Company’s official Centennial Artist and was commissioned to create 13 original paintings used as a calendar and other products to celebrate Ford’s 100th Anniversary.  Ken was proud to follow Norman Rockwell, who was Ford’s 50th Anniversary artist in 1953.  Ken was a founder of the Automotive Fine Arts Society and has been its President since its inception.  The AFAS Exhibition has been a featured part of the Pebble Beach Concours d’Elegance each August for over 20 years.