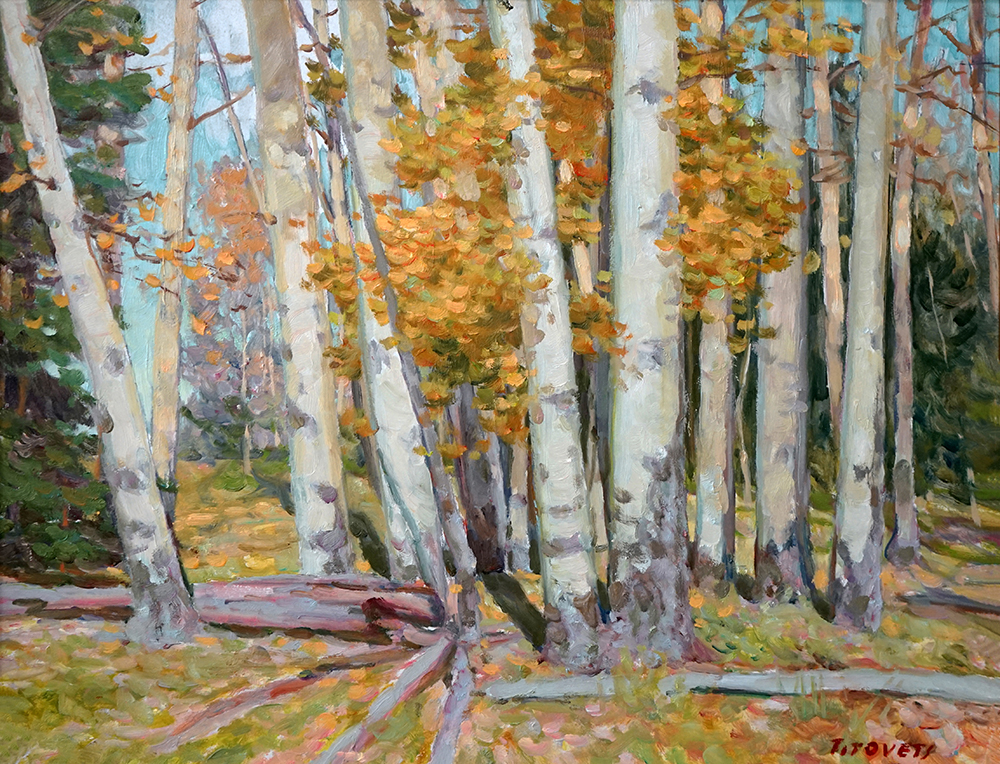 Aleksander’s work has won numerous awards including The National Academy of Design, N.Y. and National Oil and Acrylic Painters Society, Osage Beach, Missouri; National Oil Painters Society and 1998 “Artists Choice Award“ at the “Artists of America “Exhibit, Denver. His art has been shown at “Salon D’Arts” at the Colorado History Museum. He also won Best of Show at the International Fine Art Competition (Sierra Medical and El Paso art association) four years in a row, winning first place the following years, which lifted the artistic quality of the show for a decade.

He was a guest artist, in the show “Great American Artists”, which was in Cincinnati, Ohio, at the “Miniatures” show in the Albuquerque Museum of Art, and the “Inquisitive Eyes” show in El Paso, Texas. His paintings were a part of Altermann and Morris galleries Auctions in Santa Fe and Dallas and at the “Best of Landscapes” which were organized by the “Waterhouse Gallery” in Santa Barbara.

Aleksander’s works are also part of the “Art in US Embassies” program.

His Portrait of the First Lady in 2009 opens a newly created First Ladies Gallery in The Smithsonian National Portrait Gallery in Washington, DC.

His works featured and reviewed in “The Best of the Portrait Paintings” published by North Light Books, 1998. Also in “Desert Modern and Beyond: El Paso Art 1960-2012“. He is one of selected 40 artists from all over the U.S. for a recently published book entitled “Sketch Confidential, Secrets of Master Artists.”

His name regularly appeared on the pages of art magazines, such as “International Artist“, which named him “America’s leading impressionistic painter.” Articles about him are in “American Art Collector”, ”Western Art”, “Art-Talk“, “Art and Antique”, “Western Art Collector”, in “Art of the West“ recently Aleksander was recognized among top distinguishing artists of America for his finest color harmony in the article titled “Color Magicians” In 2010 he was inducted into the “EL Paso Artists Hall of Fame” by International Museum of Art.

Aleksander has been guest speaker, art teacher, and juror since coming to the United States.  His work springs from fundamental training in the classical Russian school of painting together with his enthusiasm, comprehension, and passion for great art.

Although the painter now resides in El Paso, Texas, he finds his inspiration in memories of his homeland , harmonious surrounding of Southwest and in the work of the old master painters Titian and Velazquez.

His works are in public and private collections worldwide:

Through art, we can answer the questions of who we are, what we live for and what we will leave behind when we’re gone from this world. It is my goal to make these connections so that the people who see my paintings will understand and maybe will treasure their time on earth more.