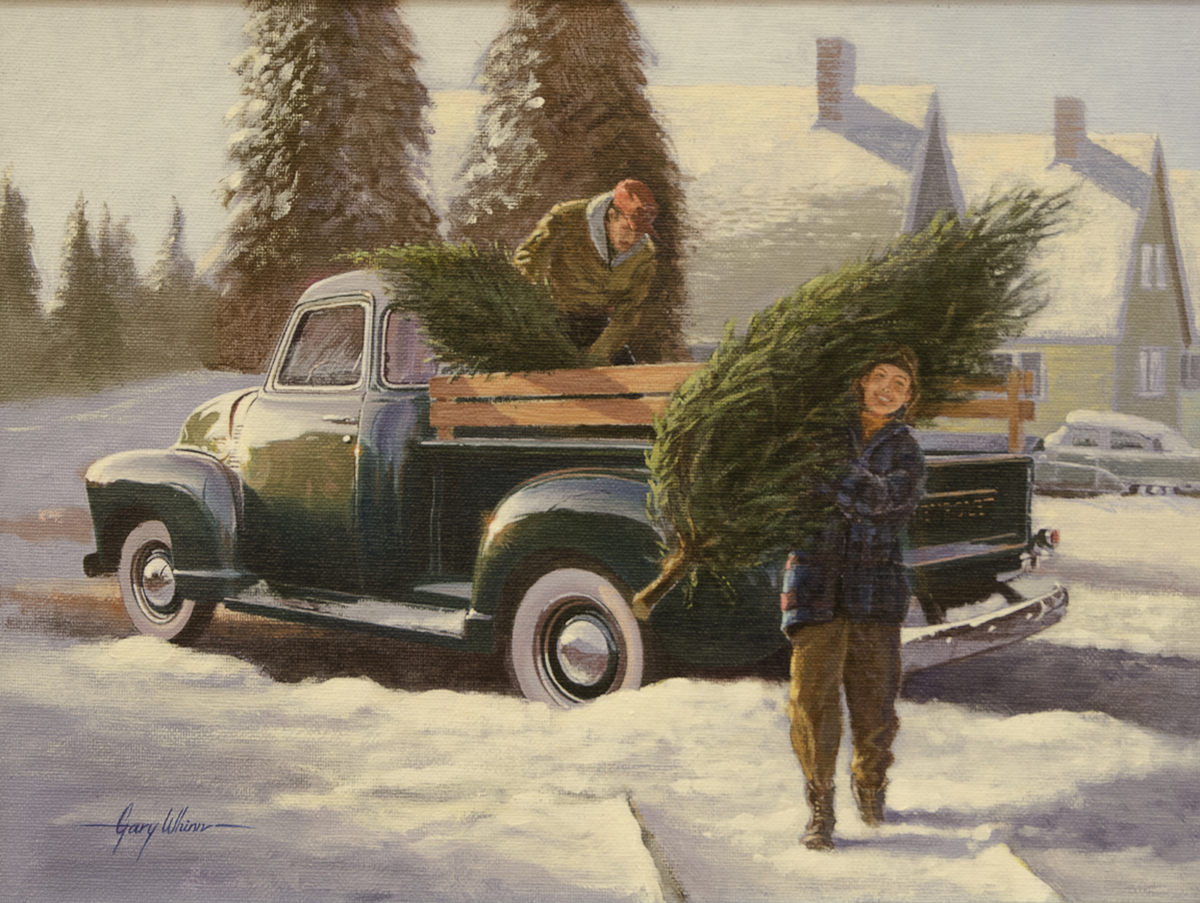 Gary Whinn displayed a natural talent for art from a very early age. However, the industrial surroundings of his hometown dictated that painting pictures was not considered a “”proper job””. So, he followed a related path that led to his graduation in 1981 with a Bachelor of Arts degree in Design. However, a typically circuitous route through life, via design work for Ford Motor Company and Terence Conran Design, has eventually brought him back to his first love – drawing and painting. Gary Whinn therefore received no formal training in art but he was inspired as a child by wonderful illustrations in books of the time such as “The How and Why Book of Dinosaurs” and in illustrated novels like “Treasure Island” and “Robinson Crusoe”.

Blending the traditions of automotive and figurative art, Gary Whinn’s paintings frequently dramatize romantic scenarios played out against a backdrop of iconic cars. These inspirations for his work are evident in a feature on his paintings published in the inaugural issue of AutoAficionado magazine in 2005 and he has also appeared in Classic & Sports Car, Octane, and the AFAS Journal of Automotive Fine Art. This recognition of his talent has led to his work being found in collections as far afield as the United States, Australia and numerous countries throughout Europe.

He believes that, although a car is always present in his paintings, it is rarely the main subject or sole centre of interest. He always approaches his compositions from the human interest angle and this idea, or suggested narrative, takes precedence over the depiction of the car itself. He creates his compositions by using a mixture of photographs he has taken of suitable cars, together with photographs and sketches of people to play out the story in a scene from his imagination. The models are often friends or neighbours, and he changes the features of these models so that the same people do not appear in all his work.

Gary Whinn is a regular exhibitor at major events in the UK such as the Silverstone Historic Festival, Goodwood Revival and the Festival of Speed. His paintings have been selected for exhibition at the Mall Galleries in London and for permanent display at Brooklands Museum. In the US he was invited for a fourth consecutive year to Meadow Brook Concours where he was honoured with the Spirit of the Automobilist Award in 2004 and the Strother McMinn “”Best of Show”” Award in 2006. He has been commissioned to create the poster for that event in 2007.