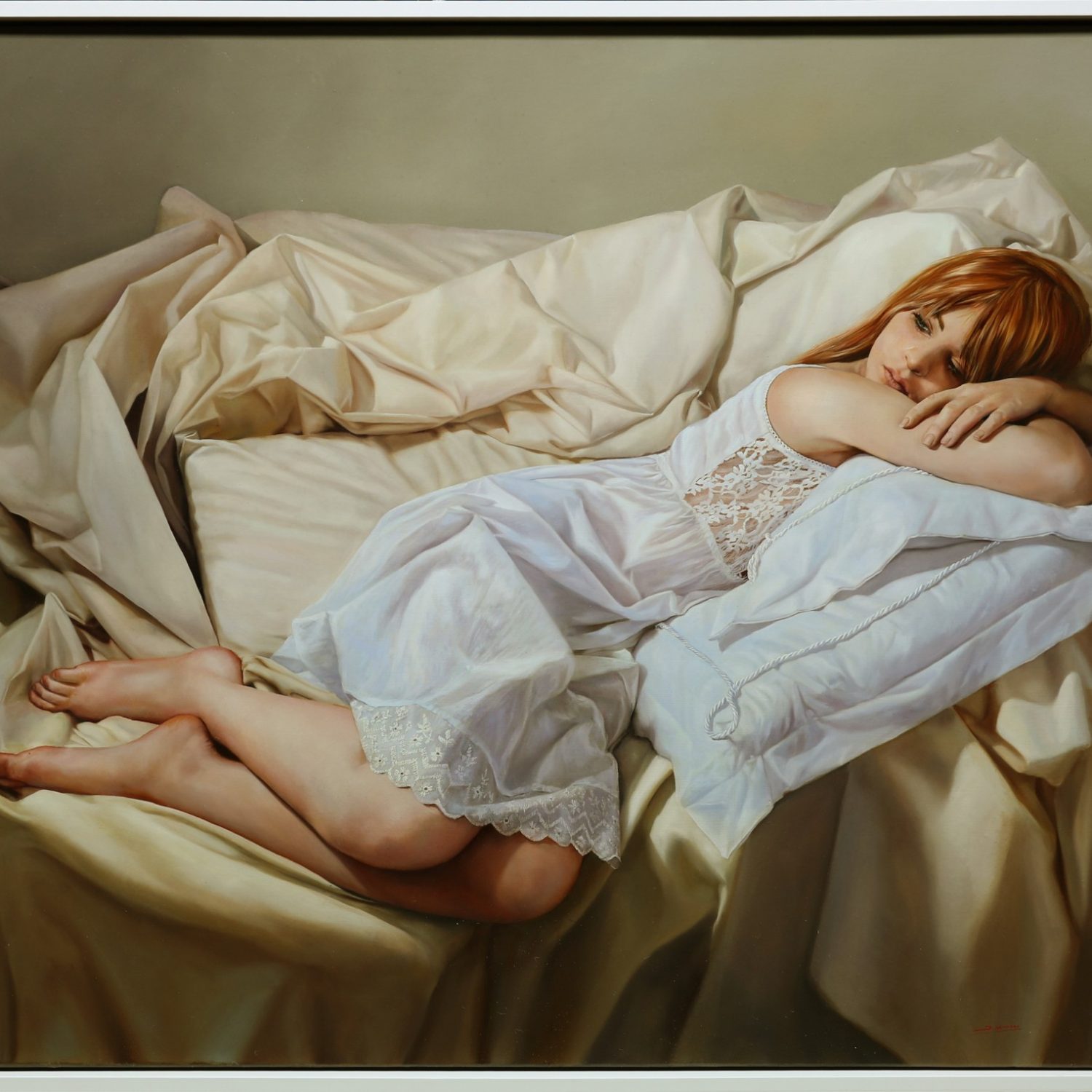 Jesus Navarro was born in Jerez, located in the southern province of Cadiz, Spain. By the age of 12, his artistic talents lead to the local school of arts, Escuela de Artes y Oficios de Jerez, where he studied painting and sculpture. During this time he also became the apprentice of locally renowned painter Ramirez Toro, under whom Navarro learned the complex techniques of classical painting.

In 1971, Navarro moved to Barcelona where he began a phase of self- teaching, focusing on combining classical techniques along with his newly discovered self-interests in detailed formation of subjects and compositions. Three years later, the first exhibition of Navarro’s work was held in Zamora, Spain at the bank Caja de Ahorros. At the age of 25, Navaroo partnered with other painters and the City Hall of Barcelona to create the Escuela de Arte Tres en Raya (The School of Art), at which he held the position of director.

Navarro’s work continues to grow in popularity, allowing him to exhibit in Spanish cities such as Madrid, Torredembarra, Barcelona, Majorca, Vigo, malaga, Valencia, and in Scotland, China, and the United States. His artwok can be found in private collections in Europe, Asia, North and South America.