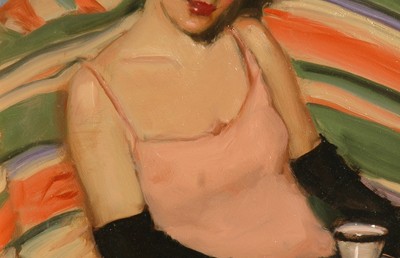 Artist Linda Kyser Smith has developed and honed the amazing ability to understand and capture not only the feminine mystique in her portraits of women, but also the myriad endearing qualities and freshness of  children.  This ability has come from years of observation , painting , and teaching.  Her jewel-toned images, based on a four-color palette, translate the best a subject has to offer.

Smith is a member of Allied Artists of America, the Portrait Society of America, and the Salmagundi Club, and Artist Fellowship of New York, having won awards and /or recognition of her work from each organization.   Frequently juried into major art shows throughout the country, she s a signature member and three-time award winner in the Pastel Society of America and recently has been elected as an exhibiting artist member of the National Arts Club located adjacent to Gramercy Park in New York.  She has been asked to contribute four portraits to the Hall of Fame collection at the Players Club of New York.

Her non-conformist approach has taken Smith far.  She continues to garner both commercial and critical success.  She was the Gold Medal winner for oil at the 1997 Knickerbocker Open.  Her Painting “Waiting” was selected for publication in the book “Best of Portrait Painting” (January 1998).

In 1999, Smith earned a coveted painting fellowship in Dinan, France.  Les Amis de la Grande Vigne and the city of Dinan in Brittany invite only one artist at a time to come and paint in the house and studio endowed by deceased painter Yvonne Jean Haffen.  At the end of her stay, the Musee de la Grande Vigne chose one of her paintings for the museum’s collection, which includes works dating from the eighteenth century.

In 2002, Kyser Smith was invited to have an exhibition of  her work at the Catto Gallery in London, England.

Linda is privileged to be asked to participate in the Players Club Hall of Fame on Grammercy Park in Manhattan.  A number of artists from around the country were commissioned by the Club to paint portraits of past and current members for their collection.  Linda has contributed four portraits to the effort. 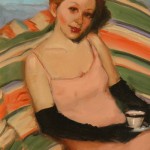 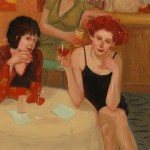 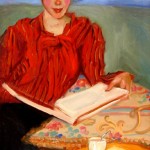 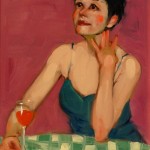