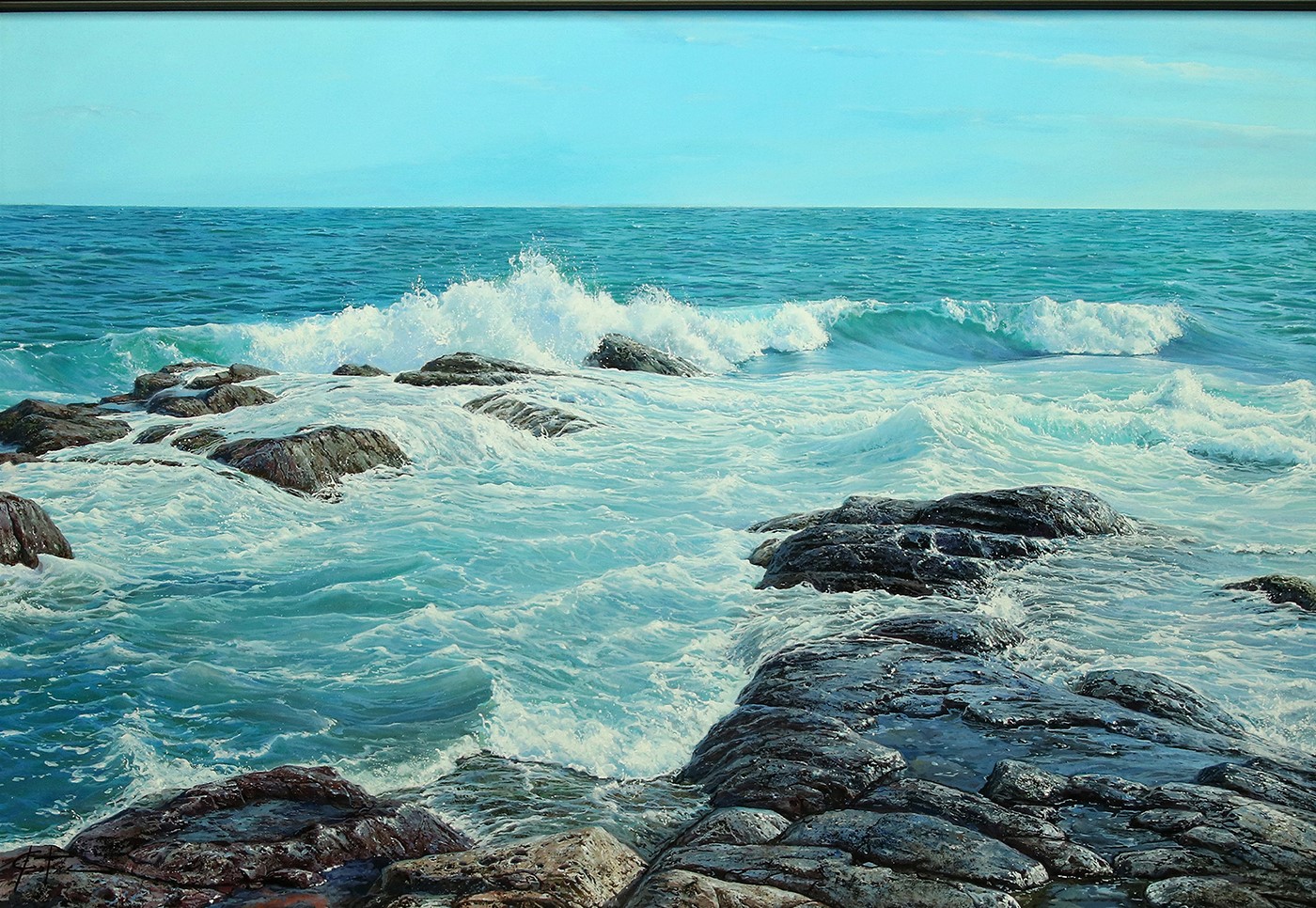 Marc Esteve was born in Alcoy (Alicante) Spain in 1971. He began his studies locally at the Escuela de Artes y Oficios. In 1994 he left his hometown to reside by the sea – his inspiration for achieving the Mediterranean light that is showcase in his works.

In 1997, Esteve attended the Universidad de Bellas Artes in Althea (Spain). In 2001, after completing his studies on the university level, Esteve returned to his hometown where he now resides.

He continues to draw his inspiration from the movement and the light of the sea, but now includes local muses to create well-rounded, hyper-realistic works of art.

Esteve’s work can be found in national and private collections in locales such as Spain, England, Portugal and Russia. His work is also a part of the Royal collection at the palace in Saudi Arabia. Esteve has participated in many collective exhibitions in his native Spain.

Art critic, Horacio Obaya, writes about Esteve’s work, “In truth, his is stupendous work that reflects the action of the sea – being stopped in the humility of a stone, of a puddle or a reflection in the coast. The process of hyper-realism is surpassed, by finding a special light that transcends the real thing to endow to the work of an image that itself does not remain in its simple transmission to the cloth if not that an intention, born of the esthetic talent of the artist. Marc, thank you for your work.