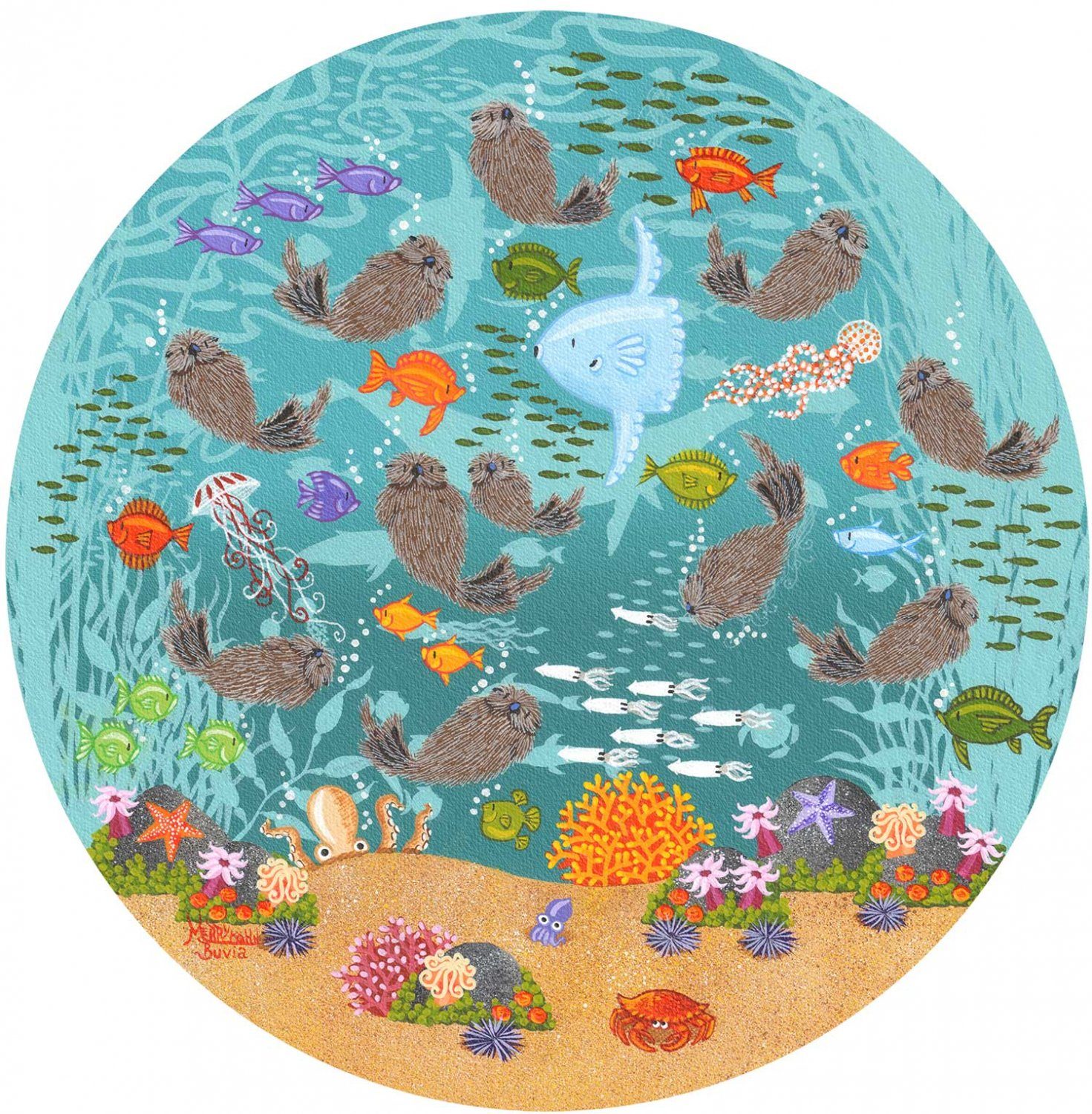 Merry Kohn Buvia was  born in Fort Meade, Maryland in 1951.  The daughter  of  a  military  officer, and the proverbial  “army  brat,”  Merry traveled the world  over  with  her family. Her many experiences abroad  stirred  her  creative  side and she began painting at an early age.  Merry now makes her home on the beautiful Monterey Peninsula, yet you can see the influences of her travels  through  Europe,  the  Orient  and  the United States manifest in her work.

Merry is  basically  a  self-taught artist and paints with a whimsical,  yet uncompromising wit. The titles of her paintings usually indicate a joke or a story that has to be searched for in the canvas.

Collected  internationally,  Merry’s work  has  been  shown  across the  United States, Japan and Korea. Critics and audiences  of naïve  art  have  compared  her to  that of Michel  Delacroix, Yamagata and  Wysocki. Munsingwear  commissioned  her  in  1986  to  do the cover  of  their  centennial annual  report  and, later that year, to do the poster for their  Annual  Munsingwear  Bicycle  Race  in  Crested Butte, Colorado. She has been  displayed  in the Sonje Museum of Contemporary in Art in Korea with artists such as Grandma Moses,  Henri  Rousseau,  Ivan  Rabuzin  and  Mattie  Lou O’Kelley.  Her work was exhibited in a group show, at the Chicago Center For Self-Taught Art. She  has  produced  puzzles,  calendars,  mugs,  greeting  cards and  other  items  for many companies including Hallmark. In 1993, Merry’s wonderful design “Made in Paris,” was selected at the European Workshop to be used by UNICEF as a 1995  Christmas  Advent  Calendar. It was also selected as a Christmas  card.  In 1998, they  produced four of her images into cards.

In 1998, she was commissioned by the internationally renowned, Monterey Bay Aquarium,  to  do  three  paintings  to  be  made  into  a  gift  line  for  their  stores. For  1999,  and again in 2000,  Hallmark  produced  an  advent  calendar  from  one of  her snow scenes.  And in 2009, a Christmas card.  Bit & Pieces puzzle company has, over the years, produced many jig-saw puzzles from her images.

In 2003, 2004 and 2005, Merry Kohn Buvia went to Japan to do several very successful shows of her paintings, for the Osaka company, Ecóle de Paris.  The trips involved traveling to such cities as Tokamatsu, Tattori, Kobe, Osaka, Nara, Kyoto and Yokosuka. It was the experience of a lifetime.

In 2008, she was requested by the Monterey County SPCA to do a painting for their Wag n’ Walk poster. That original was donated to them as the grand prize for the fund-raising event, as were two additional miniatures for second and third prizes.

The happiness of childhood is recaptured in every canvas. Not one person’s particular childhood, but an archetypal, idealized childhood in which we collectively share. One critic once wrote, “The feeling evoked are those of the pictures of old story books: a trace of deja vu, of daydreaming on a golden afternoon as the shadows lengthen.”

When  asked  what motivates her to paint the way she does, she says she keeps the child inside her alive in her paintings, and Francis Thompson says it best for her: 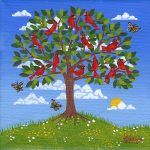 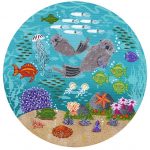 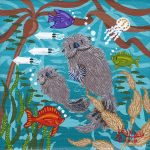 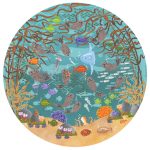 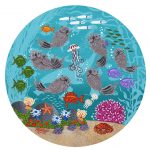 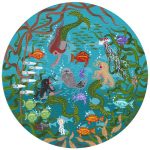 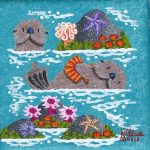 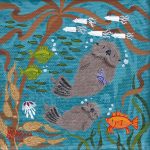 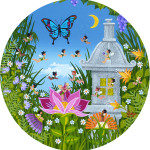 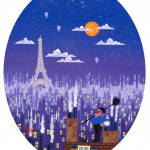 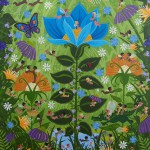 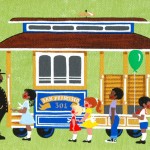 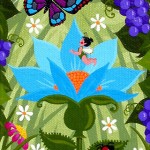 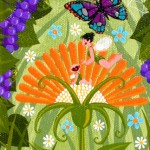 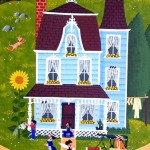 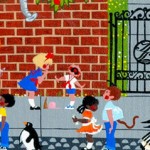