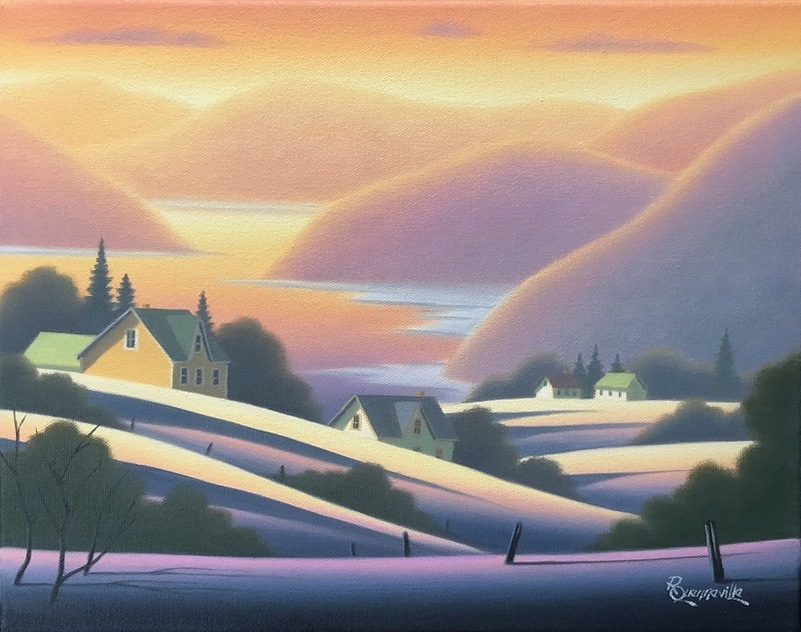 Raymond Quenneville is a self-taught artist who has been painting for over 30 years. His artistic background is remarkable, going from realisation of caricatures, cartoons, panels interpreting nature to scientific books. He has also explored many different media such as watercolour, ink, and pastels. Since 1992, Quenneville now concentrates himself entirely on what he likes best, painting oil landscapes. About his art, Quenneville states that:

“I play a lot with complementary colours to accentuate contrast and to create luminous effects. In my research on how to achieve subtle variations, I attempt to make visible the fine consistency of the air that surrounds us, to create an illusion of depth that is undeniable to the eye. I also attempt to express a certain serenity, a certain balance. I search for a feeling of peacefulness and a light that will bring the viewer into a state of well-being.”

The artist has achieved a style that is unique.

In each of his paintings can be sensed a feeling of softness, luminosity and accuracy to detail that is exemplary. Quenneville has presented many solo expositions and has even participated in numerous collective expositions and symposiums. He is a member of the Institute of figurative arts and of the Society of Canadian artists. His work can also be found at the Owl 57 Gallery in New York. 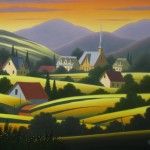 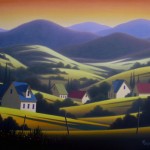 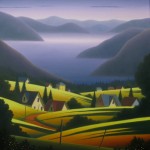 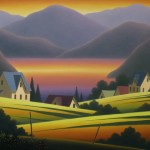