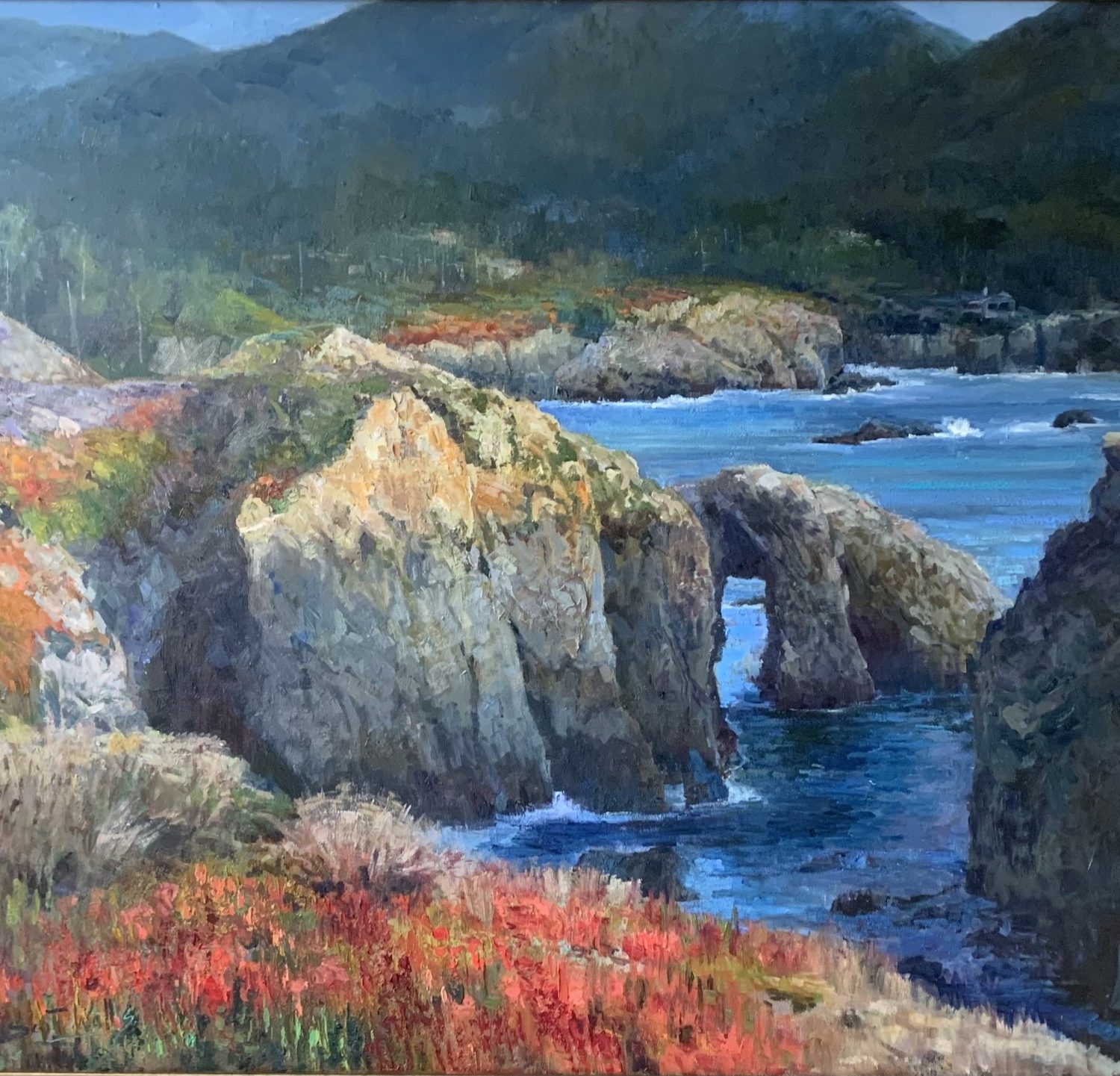 Scott Wallis paintings can be described as colorful, intense, vibrant and even aggressive. His impressionistic style makes you feel like you’ve been or want to be in each scene. He creates a vision of harmony with such elements as color, texture, light, surface interest and balance, resulting in exciting works of art.

Born in Ogden, Utah, Scott Wallis was raised in Logan. He graduated from Utah State University in 1980 with a Bachelor of Fine Arts degree in painting and photography. Two years later he received a Bachelor of Education. After twelve years in the public school system as a teacher and later as a graphic artist for WView Pageeber County School district, Wallis left his career in education to pursue his dream as a fine artist.

Scott Wallis’ interest in art started at a n early age. His focus was in photography. His career choice as he entered Utah State was that of a photographer. As an art major at U.S.U. he was required to take a number of drawing and painting classes in addition to his photographic studies. By his second year Wallis’ interest in painting continued to increase and with strong encouragement from his professors he earned his Bachelors of Fine Arts degree in 1980, with a duel emphasis in painting and photography. The crowning achievement was placing second place overall in the annual student art show in which Wallis was the only undergraduate accepted.

Through the years Scott Wallis has enjoyed several one-man exhibits of his painting and photographs. During the past ten years Wallis’ creative efforts have been passionately devoted to oil painting. Since becoming a professional artist his work has been widely accepted and is in many private collections throughout North America, Mexico and Europe.