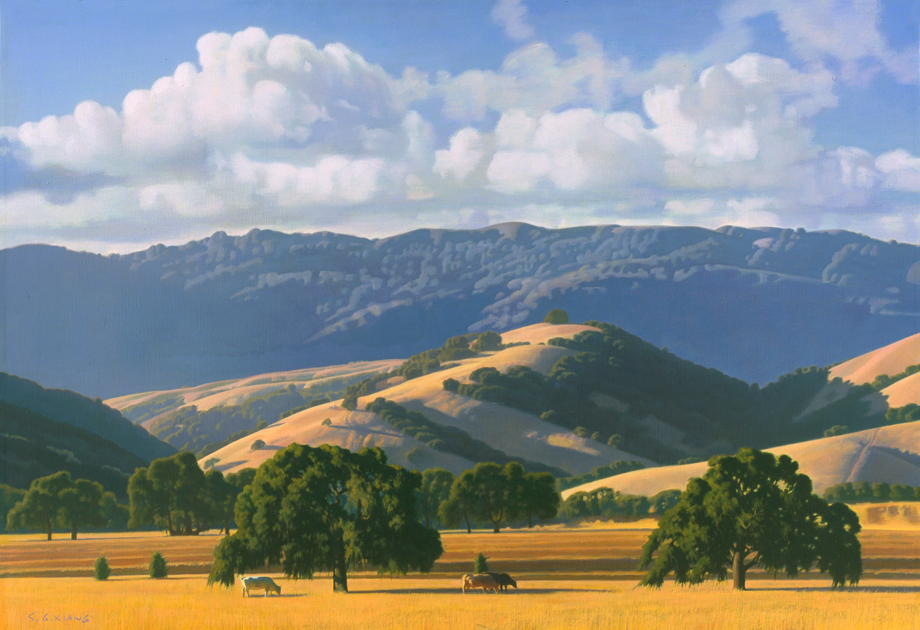 Steele Xiang was born in Beijing, China. Demonstrated an exceptional artistic talent at early age, he won the silver prize in Beijing Children’s Drawing Competition at 6, and then he was admitted to the much-esteemed Beijing Children’s Place Art School at third grade. At the age of fifteen Steele was accepted into the exclusive nine-year program of the Central Institute of Fine Art in Beijing, the best art school in China, competing with thousands of applicants for one of the few positions available each year, In 1966, at the age of nineteen, the culture revolution broke out in China. This was a turbulent time, but Steele managed to continue his study and practice by painting Chairman Mao’s portraits and producing propaganda paintings for government and public exhibitions.

In 1973, Steele Xiang was honored by the city of Shanghai with a teaching position at Shanghai Normal University, where he became a full professor in 1982. Steele continued to gain recognition in China in the 1980’s. His oil painting entitled “Elapse” was featured in a documentary film showed in theatres and on TV nationally, it was also published by the leading art and literature magazine “sprout”. Appreciation and enthusiasm for his work remained high as he exhibited regularly while continuing his teaching. In 1982 he also was awarded the position of fine art director and editor of the fine art division for the Shanghai Pictorial Publishing House. In 1986 he moved to Shanghai University to become a professor at their College of Fine Art School. Later on that year, his oil paintings were chosen to be part of an exhibition held in Royal gallery in Copenhagen. Denmark. In 1987, his paintings were selected for another exhibition in Tokyo, Japan.