For Tae Park, painting is a doorway into another world’a gateway to another reality.“Painting is not only creating an illusion of three-dimensional space, but a reflection of the world that exists within me” says the Northern California artist. The inner world which she depicts is an idealized reality that evokes peaceful but fleeting moments in time.

In her figurative works, Tae Park’s goal is to create a dream-like mood, often by casting scenes in a mystical light. To achieve this effect, she often goes out with her model to the forest at about 5 a.m. in winter and takes reference photographs. Or she may venture out in heavy rain on a cloudy, misty morning with her camera. “By considering my emotional reaction and by imagining stories about my subjects, I am able to go beyond superficial representation to convey character.” she says.

Since she was child, Tae Park has been fascinated with Greek and Roman mythology, especially the fantasy creatures known as nymphs. Today such beings of the forest and her imagination continue to offer endless inspiration.

She has a master’s degree in fine art from the Academy of Art University in San Francisco, where she currently teaches in the graduate program. 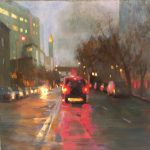 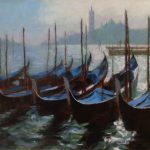 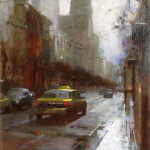 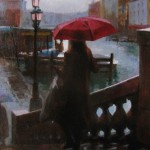 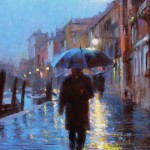 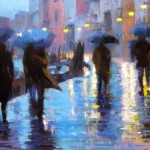