Born in 1978, Trent Gudmundsen was raised in a small agricultural community in Utah where he developed a profound love of the type of western town that is defined as much by its’ people as it is by its’ rugged yet beautiful landscapes. From an early age the artist was driven to record his impressions of life in paint. With little training to go on, he would confidently head out into the pastures and hills near his house to paint whenever he got the chance. The artist feels indebted to Valoy Eaton, an award-winning landscape artist who guided Trent Gudmundsen’s passion, and introduced him to the works of various master painters of the past and present.

Some years later, as a young art student in college, Gudmundsen opted to spend nearly all day every day painting in the nearby fields and canyons instead of going to his classes. Not only did the artist’s hands-on experience at that time help to fine-tune his ability to appreciate and capture his subjects in real life, but his attitude about the necessity of hard work and self-education has continued all his life.

Trent Gudmundsen’s depictions of western landscapes and people in everyday situations are often thoughtful and quiet, the kinds of scenes that develop more depth the more they are viewed. The artist spends a great deal of time in perfecting both the feeling of the scene and the accuracy of the human figures in each of his paintings. Gudmundsen’s work has earned acclaim on a national level in numerous shows and publications. Trent and his wife and their children live in Cache Valley, on the Utah-Idaho border.

I spend a great deal of my time searching for and painting naturally-occurring compositions in nature. For me, the practice of seeking out and painting the subjects that inspire me is about even more than just faithfully reproducing the scene; it’s about experiencing that moment more fully and ingraining the depth of it into my mind. 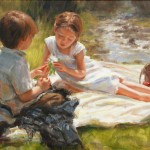 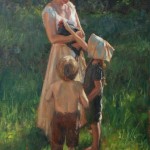 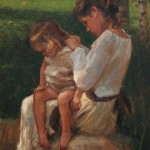 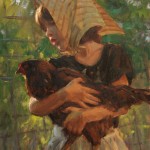 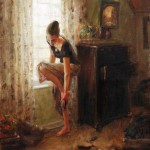 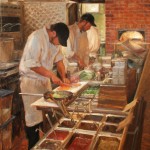 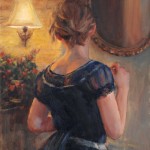