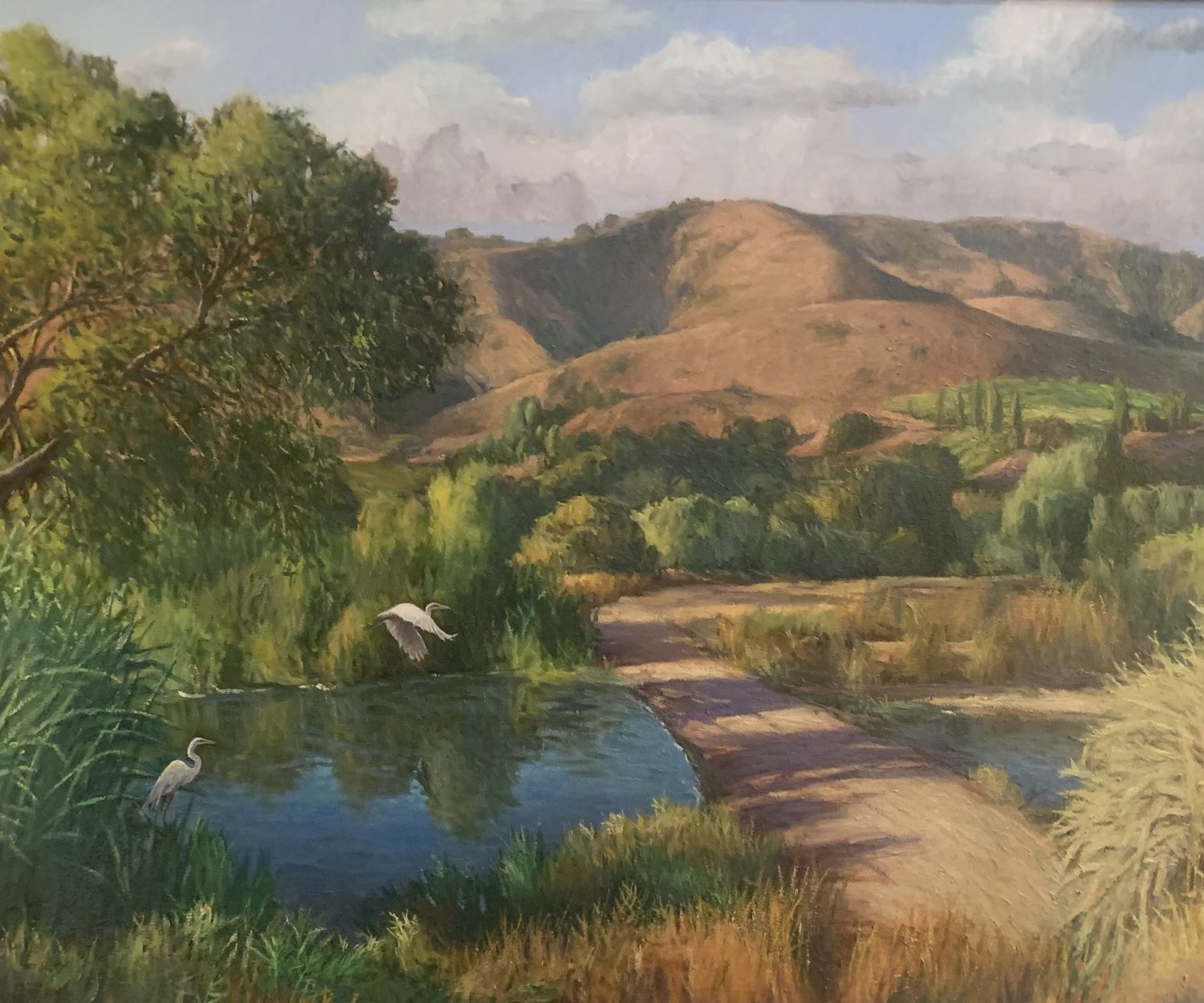 Wayne Weberbauer, was born April 2, 1951 in Elizabeth, New Jersey, where he began drawing and painting at the age of five. Local wildlife in the surrounding countryside intrigued him and as a boy he captured many animals to observe and draw. His early paintings can still be seen in many of the schools he attended. Upon graduating high school, Wayne enrolled in The Newark School of Art, where he did extensive study in illustration and painting, concentrating on mastering design, color value, and perspective. With a natural bent towards impressionism, he easily combined his realistic studies of nature to the canvas to create the paintings so many have loved and collected over the years. Desiring a more aesthetic lifestyle, he moved to Carmel, California, where he lived and painted for the next fifteen years. It was there he met his wife Shelly, and after their first daughter was born, the “Mother Tiger with Baby Series” was created. It was so popular, that several like pieces with other cats followed. Stepping into the world of Wayne Weberbauer, one gets a compelling and intimate look at “environmental landscapes” that richly portray life’s more cheerful and pleasing scenes.

Viewing his art can be quite a thrill as the controlled conditions of his studio allow him to focus on dramatic lighting effects, panoramic vistas, detail, and emotional impact. Creating a wide range of compositions that unify Weberbauer’s characteristic style of impressionistic realism, each work of art is painted as if a “slice out of time.”

He and his family are members of the L.A. Zoo, The Wildlife Way Station and The Big Horn Sheep Society. Weberbauer participates in many of the fundraisers, which support our environment. Wayne Weberbauer has endeavored to express the aesthetic side of life, and audiences have embraced that expression evidenced by collectors around the world.