Not a brush stroke to be seen. This photo realistic artist compels you to sit down and enjoy the feast he had prepared for you. Yingzhao’s still-life’s are masterful in their execution and flawless in his depiction of the subject. His use of color and light, bring these vibrant images alive. Born in 1956 in Heilongjiang Province, China. YingZhao Liu received a Bachelor of Art from Harbin Normal University in China, and went on to receive his Master of Fine Arts degree from Lu Xun Academy of Fine Arts, China. In 1992, he became a lecturer in the Department of Oil Painting at TianJina Academy of Fine arts, and later a Professor at the Academy of Art Design, at TianJina Academy of Fine Arts.

Yingzhao Liu has exhibited in American, China, Taiwan, Indonesia, Macco, England, and Japan. Numerous painting have been auctioned off by Christies in Hongkong, and his painting have been published in the following Chinese Magazines: China Oil Paintings; Art; Art Observer; Northern Art, Academic of Art; and Album of Oil Paintings by 100 Contemporary Artist. His oil painting achievements have been widely reported by television, radio broadcast and news media in China. 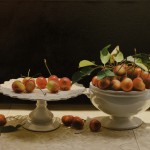 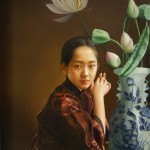 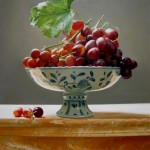