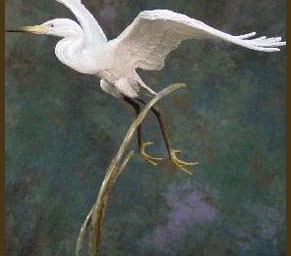 Geoffrey Smith’s earliest memories are those of the outdoor adventures he shared with his father and his two brothers. Geoffrey Smith’s first bronze was cast in 1984, opening a new world of artistic possibility. His artistic style continues to evolve. He describes it as “loose”, with fingerprints tracing and suggesting feathers and fur on its subjects. A constant challenge to him is to impart the impression of motion or incipient motion to his work. Faithfulness to the spirit of the animal in its natural surroundings is very important. Geoffrey seeks to draw the observer to the animal for what it is, rather than trying to grant the animal human characteristics or expressions to draw one in.

A perfectionist at the foundry, Geoffrey Smith has opted for a traditional chemical patina on his bronze sculptures. All bronzes are cast using the age-old lost wax process, whereby a clay original of his creation is transformed at the foundry into an enduring bronze, of limited issue. He prefers smaller limited editions, proofing each work personally before signing and numbering. 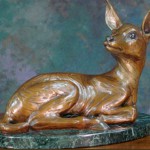