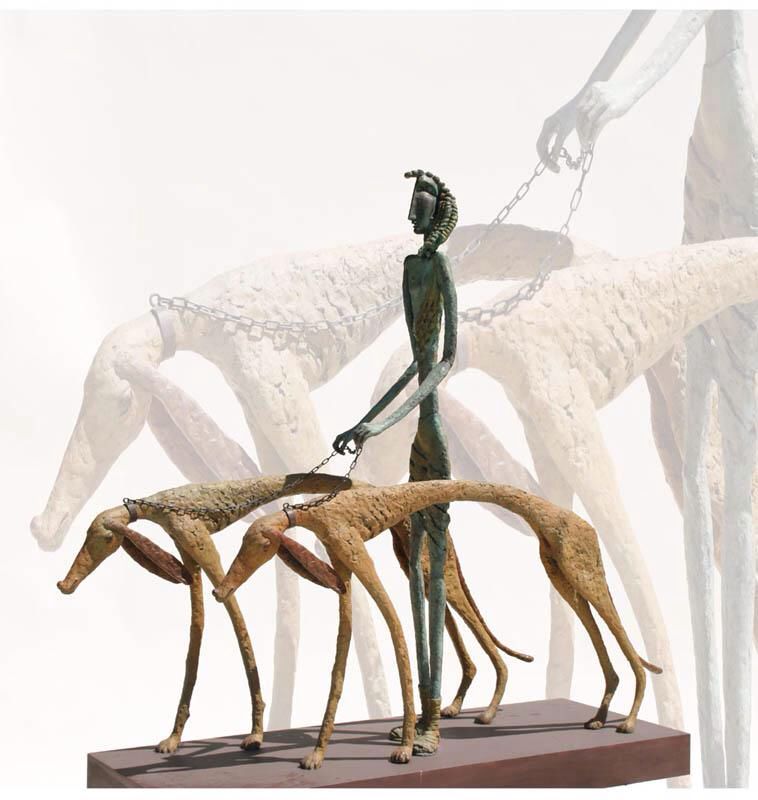 The beauty and grace of Campoy’s sculptures are a result of her great poetic capacity as well as her ability to invest ancient forms with personal meaning and contemporary significance. The family of man and its rituals, folklores, and value is of particular interest to Campoy as a means of exploring and challenging traditional gender roles and social relations.

Born in Málaga, in the Andalusian region of Spain, Campoy derives inspiration both from her country’s dramatic natural landscape and from its wealth of cultural artifacts. Formally trained as an archaeologist, Campoy’s style draws from her country’s diverse artistic vernacular, which includes Tartesian, Phoenician, Carthaginian, Greek, and Roman traditions.

While maintaining her roots in Mediterranean traditions, Campoy’s work breaks cultural, linguistic, and social barriers. Campoy has exhibited in such diverse locations as Africa, North and South America, and Asia. Her works are counted among many prestigious private and corporate collections around the world, as well as several museums in her native Spain.