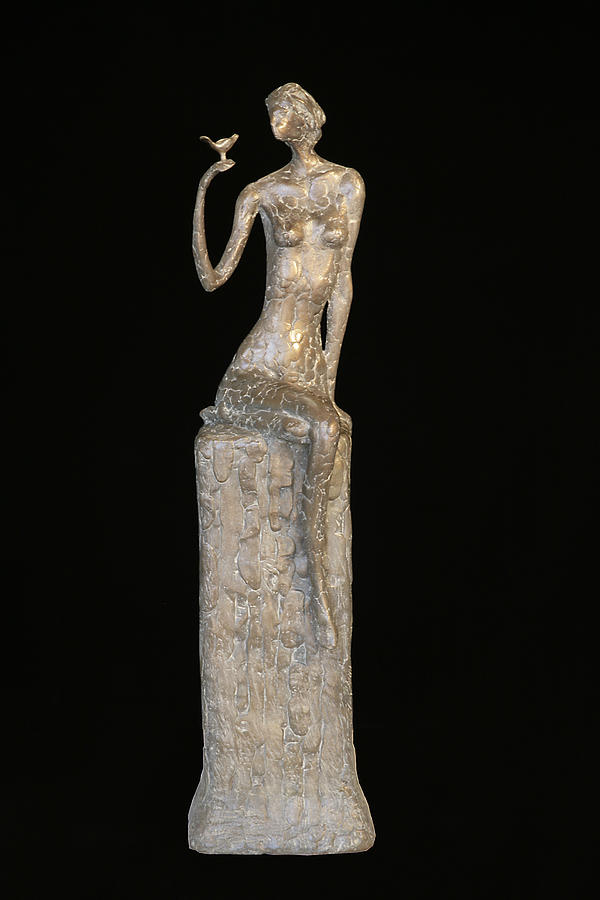 Sukhdev Dail, sculptor and painter, after graduating from the Delhi College of Art, took a teaching job at the Teacher’s College. His ever-growing need to create sent him on an epic journey across the forbidding Persian Desert where the car he and a friend were travelling in, ran out of gasoline. They ended up walking, but due to a sandstorm the road was invisible. Tired, thirsty and with parched lips, they stumbled upon a settlement, that saved their lives. A few old men and children approached with water, excitedly repeating that by God’s grace they are still alive. Sukhdev entered the continent of Europe in 1965 via Orient Express.

Bruxelles seemed a good place to pause and find a job. After settling down, Sukhdev attended the Royale Academic Des Beaux Arts in order to have a place to create, as well as to obtain a higher degree in art education.

He held his first European exhibition at the Gallerie Romain Louis in Bruxelles. Upon graduating he needed to move on, and decided to cross the Atlantic to taste the flavors of the Americas.

Working in an animation studio director provided Sukhdev an opportunity to be invited Bill Hanna of the Hanna-Barbera, to join their studio in California. That same year, 1968, Sukhdev found himself in Hollywood.

He advanced to the art and animation director in studios like Hanna Barbera, Warner Brothers and Universal, but continued painting. His ethereal creations assured him a one-man-show at the prestigious Ankrum Gallery in Los Angeles.

Sukhdev participated in many solo and group shows in American museums and galleries. One of Sukhdev’s larger than life sculptures is situated in the entry courtyard of the college where he lectured at 23 years of age; it is a heroic figure with a bow and arrow, appropriately named “The Archer”.

Sukhdev was invited in 1985 by Dr. M.S. Randhawa, the Art Historian and the President of the All India Fine Arts Society, to hold a retrospective exhibition in Chandigarh Art Museum, designed by Le Corbusier.

Travelling every year to India makes him stop at his Zagreb studio in Croatia, where he spends a couple of months sculpting in marble.

The rest of the time he spends in his Carmel home, where he paints, sculpts and does art filled animation.

Sukhdev is represented locally by the “Lyonshead Gallery,” as well as the “Infusion Gallery in Los Angeles and “Art Pic Gallery” in North Hollywood.

International he is represented by the Blott Gallery” in England, “Lav Gallery” in Coratia and “Art Pilgrim” in India.

In Sukhdev’s words: ‘Art is a continues search to discover a new form, a new horizon of some different world, be it of two or three or some other as yet unknown dimension.” 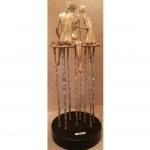 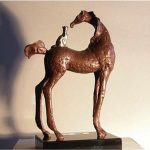